BUSY NIGHT ON THE TRACK AS QUALIFIERS SORTED FOR M.I.P.

The 2021 New Zealand Dirt Track Racing Magazine sponsored Tubby Norriss Memorial Ministocks in Paradise at TWS Paradise Valley Speedway with qualifying kicking the weekend off on February 12th featuring over 130 of the 12 to 16 year old drivers along with some of the more experienced ones. As it is every year there are championships for seniors and juniors. There was fierce competition to make the finals with the youngsters giving it all they had.The top 26 from each division would make the finals with the rest racing in 2nd and 3rd tiers and consolation races.

The first win of the weekend went to the 16w Levi Poufrom the   group red for seniors who made the most of his front grid. Heat two saw a close win for 11s BraithKalin who had 212r Terence Dorrellon his bumper the whole race. The third and final heat saw 48b Riley McLachlan get tipped onto his Sid on lap one forcing a restart where Dorrell marched to the win. 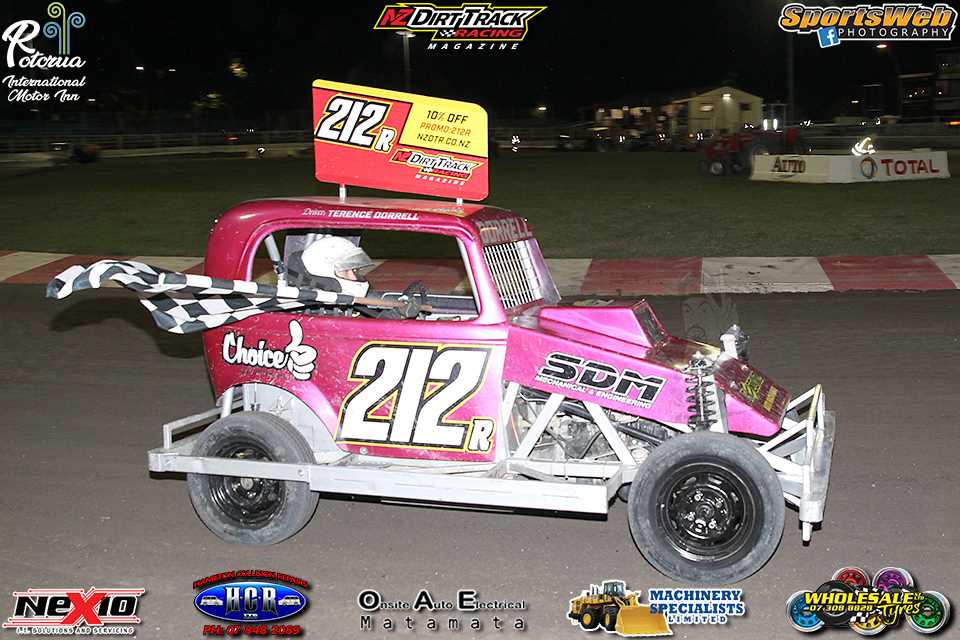 Blue group for seniors was next out and after a bit of push and shove near the start it was 24a Zach Hannam who took the win in impressive style. Heat two was rough once again with 46r Louis Taylor and 941r Alisha Clarey out after less than a lap following a big tangle up. Things tidied up from there with 97c Ben McSweeny getting the win. A frantic heat three was won by 47w Harrison Hocking with 12w Tim Pucker a close second place. 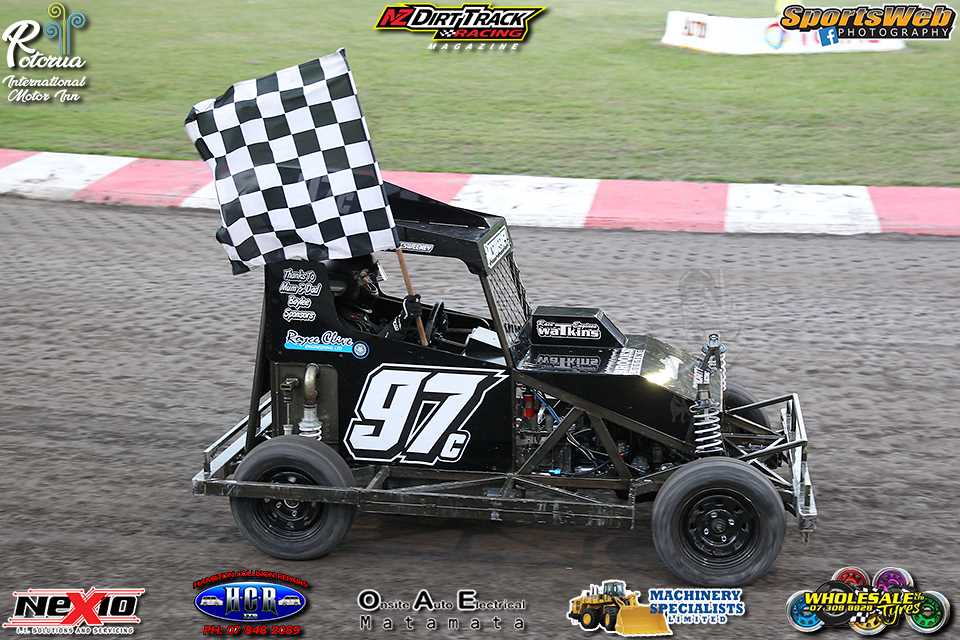 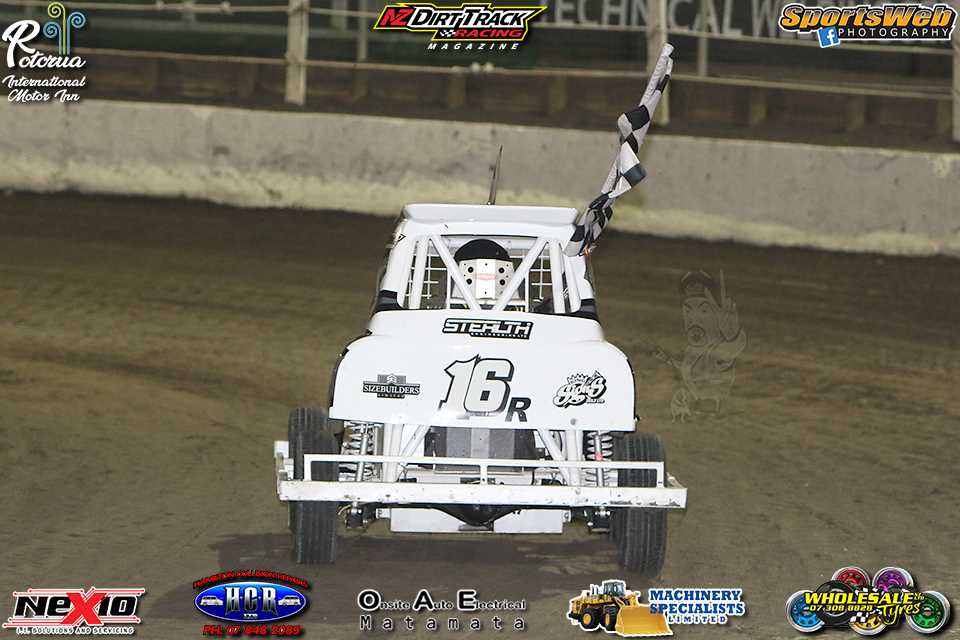 Yellow group for seniors heat one was close at the front win going to 45s Corban Swan. Heat two seemed to take a long time to complete with multiple stoppages happening before 88r Cohen Wright too the flag.Heat three belonged to 72b Bailey Smith who took the lead halfway through the race and left the rest in his wake. 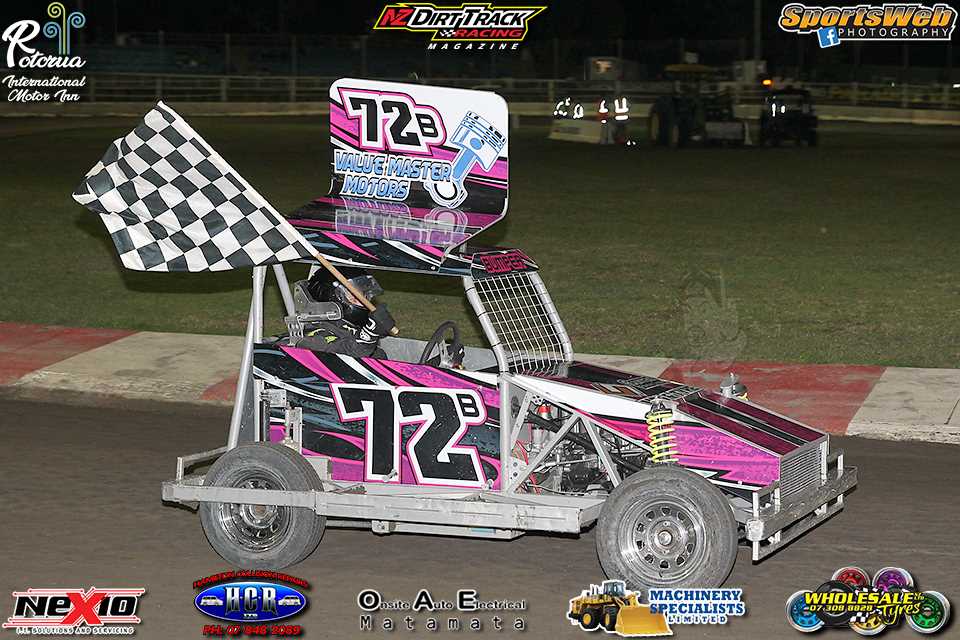 The Shane Warner Engineering Ltd Junior Orange group had a first up win for 21n Jack Bursonand also featured the first rollover of the weekend with 717h Levi Jones catching some air.

Burson was unlucky to be towed off before the beginning of heat two where 39r Caleb Stanaway took the win. The third heat had Stanaway home first again, this time by a huge margin. 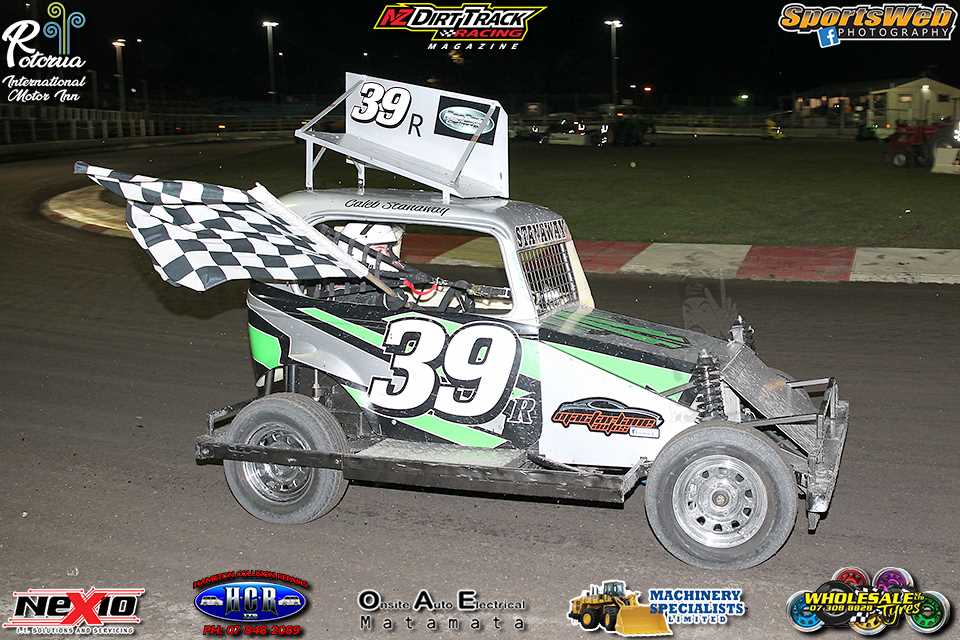 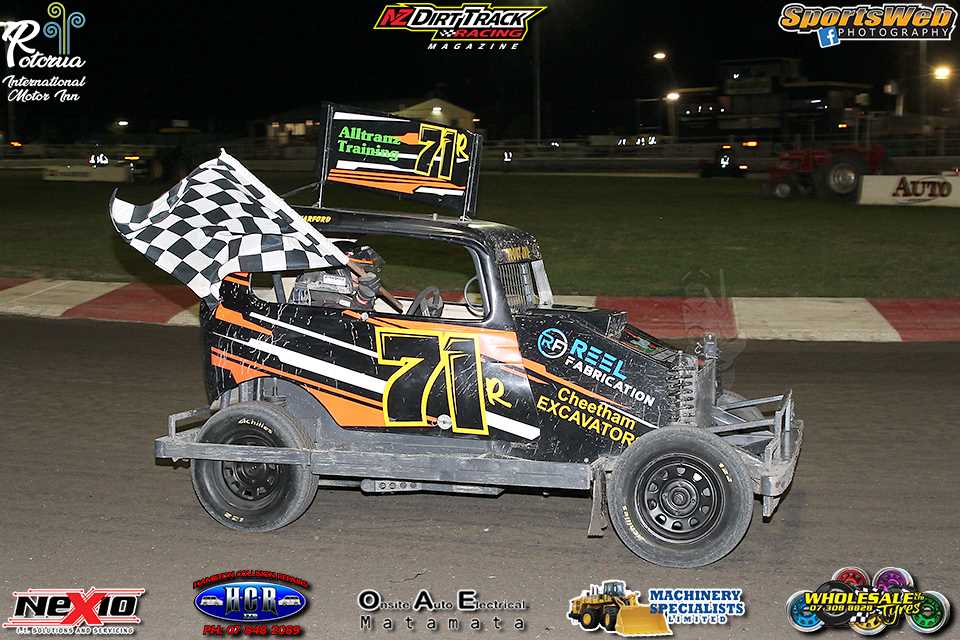 The finals for the senior and junior championships will take place from 6pm Saturday with tier two and three and consolation races for the others.

Fastest Laps for Each Group